Manifestations of One unfolded from the idea of a universal spirituality, or a universal connectivity between religions and perspectives of God from across cultures. This concept is embodied in the formal and musical structure of this piece. A variety of textures, timbres, and melodic gestures are derived from one core musical idea, which is not presented in its entirety until the final section, uniting the seemingly disparate fragments into a single whole. The text is extracted from three poems by Walt Whitman: “Starting from Paumanok,” “Song of Myself,” and “I Sing the Body Electric.” These poems, like much of his poetry, contain themes ofuniversal spirituality and connectivity.
Listen here
Score sample: 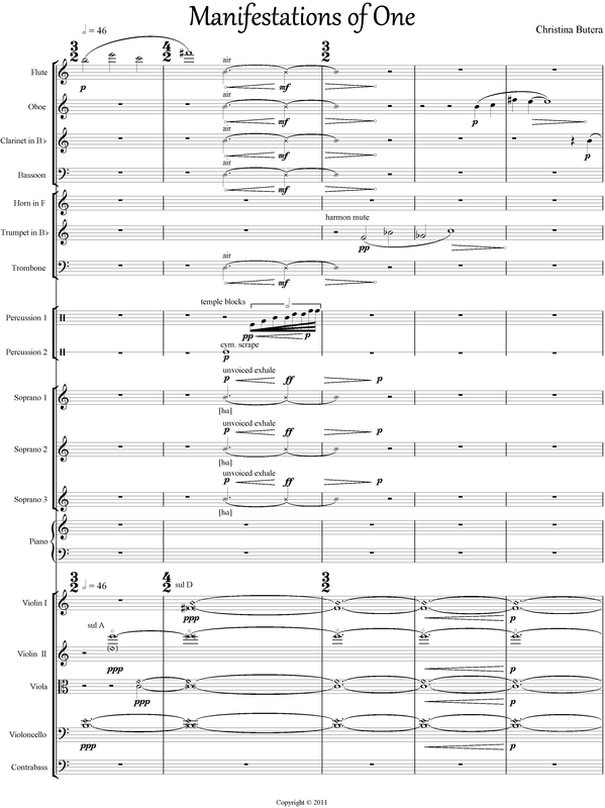